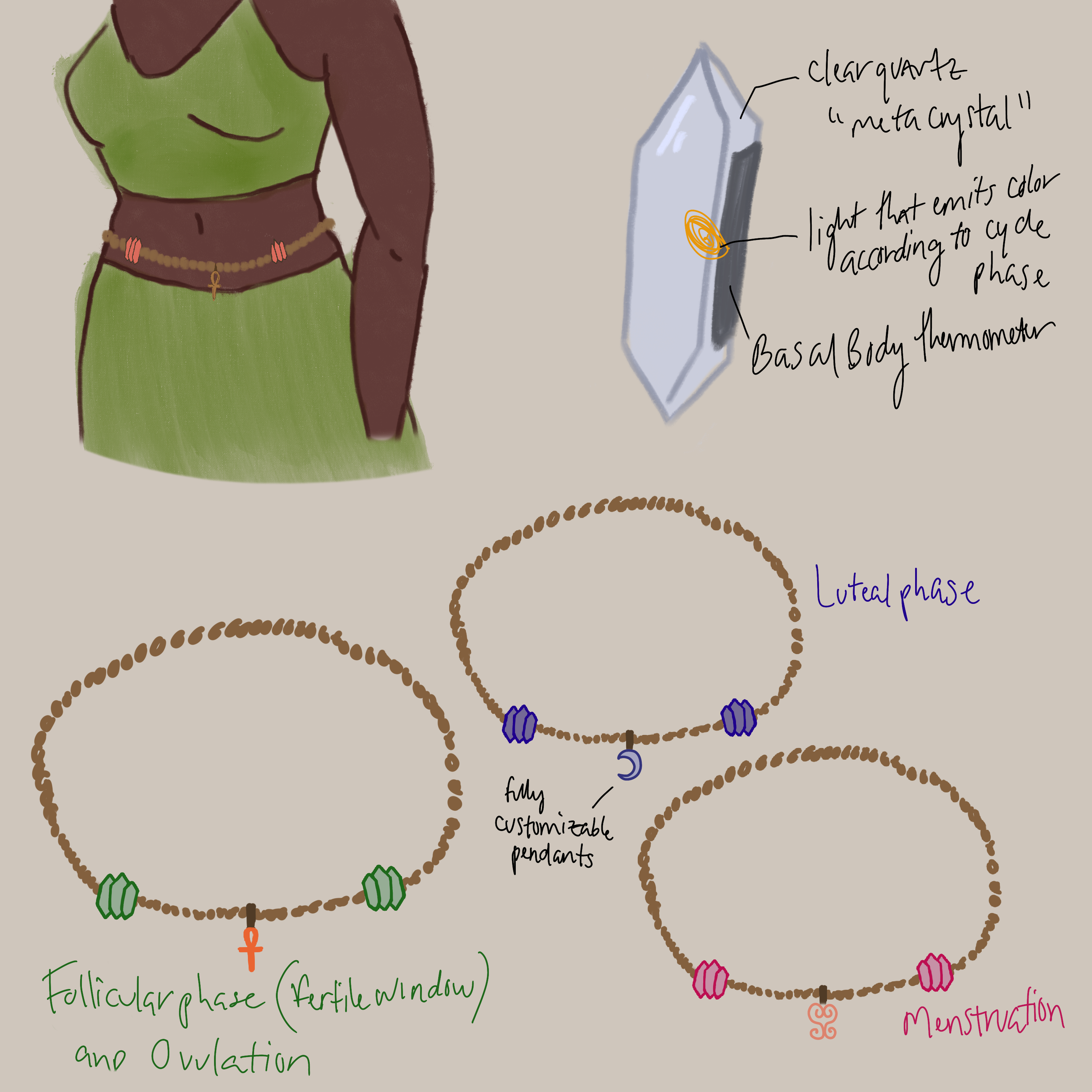 Featured in Carnegie Halls' AfroCosmicMelatopia exhibit, Wombeads are a speculative design for a future Black Utopia.

AfroCosmicMelatopia, a project designed by Intelligent Mischief, proposes a future city existing 100 years from now that is full of infinite possibilities for liberation, inclusion and empowerment for all people.

In our vision of a Black utopia such as AfroCosmicMelatopia, technology is created from the wisdom of our indigenous ancestors, embracing the sacred relationship between all beings. This is also to say that our technology would reflect respect and honor of the Divine Feminine, of women and their bodies, just as our indigenous matriarchal societies did.

Puberty rites of passage were common in many indigenous African traditions and cultures. Considered one of the most important times in a person’s life – the transition from child to adult – ceremonies were held within communities to commemorate this moment in one’s life. For young women, this oftentimes included receiving waist beads, made by hand by an elder or relative uniquely for them. The waist beads symbolized womanhood, sexuality, femininity, fertility, healing, spirituality, protection, and wealth. They were also said to accentuate your waist as your body grew into them, and are used as both a physical and spiritual adornment. In todays’ society, access to safe contraception, abortion, and holistic wellness is slim to none for Black and brown women. Our childrens’ rites of passage include exposure to the patriarchial white supremacist system that trains them to feel shame about their bodies and denies them autonomy over their wombs.

My partner Jordan and I re-imagined African waist beads as both ancestral artifacts and wearable technology, and created prototypes for what we call Wombeads. Wombeads are designed to aid the girl in understanding her internal body (via menstrual cycle tracking) and to aid the woman in reclaiming autonomy over her body and right to a choice in motherhood (via basal body temperature for natural family planning).